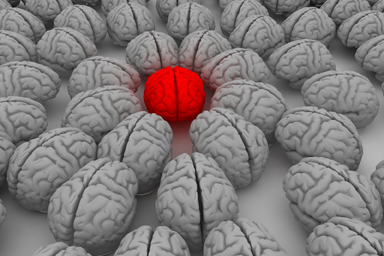 For a lot of us “designers” there is a dilemma as to how to communicate to potential clients and partners precisley what it is that we do. How do we wrap up all our talents, abilities, interests and skills into a single descriptive word that truly means something not just for ourselves but for others wanting to employ us. Then at some ambiguous point in recent history designers began adopting  the word “creative” as a noun as in “I’m a creative”.

Immediately, this peeved many who immediately found it ridiculous and I have to admit I was one of them. Everyone knows you shouldn’t use an adjective as a noun and if you do it better be a deliberate attempt at satire otherwise you risk sounding…well… ignorant.

But that is exactly what Shakespeare did. Out of necessity, whim or perhaps frustration he  invented over 1700 words that we use today by changing nouns into verbs, changing verbs into adjectives, connecting words never before used together, adding prefixes and suffixes, and creating words altogether original. I’ve never heard anyone refer to Shakespeare as ignorant, so whats the problem?

The real issue seems to be not so much about violating English grammar but of timing and acceptance. English is a living language and as such is ever evolving.  Add our internet culture in the mix and you have a recipe for a kind of hyper accelerated evolution of English with new words being used as anyone sees fit.

For some, this is very worrisome but the fact remains you can’t stop it and once it enters into the dictionary the fight is truly over such is the case with creative as a noun:

CREATIVE: One who is creative; especially : one involved in the creation of advertisements. – Merriam Webster Dictionary

So it looks like all of us: graphic designers/web designers/art directors/motion graphiteers (I just made that up. What do you think?) have an official license now to label ourselves as “Creatives”. But I see a caveat.

All humans posses creativity in some form or fashion. At first it may not be too obvious but it’s there. Some people have ideas so unique and awesome floating in their heads that it can change life as we know it but at the same time they have trouble drawing even the most rudimentary stick figures on paper. Would anyone say Einstein was not creative just because he lacked good design sense?

So to say “I’m a creative” can be interpreted by some as “I’m creative and you are not”. It’s easy to see how this might detract from a designers true intention and purpose in helping others to beautify their brand and businesses.

This is a tough one. Hard to say when or if I’ll come around.